It’s the beginning of the school year. Can Greg deal with all middle school has to offer – without getting into too much trouble? 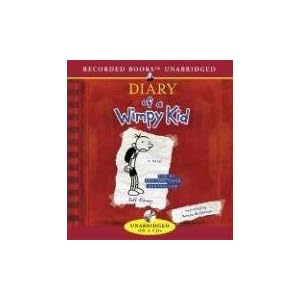 In his journal, Greg details the misadventures of his life. Playing a tree in The Wizard of Oz (he hopes to throw apples at Dorothy). Getting chased by teenagers on Halloween. Attempting to show his ex-best friend Rowley that he doesn’t need him as a friend – only to be chased by a hyperactive, jelly bean stealing kid with a booger on his finger. Narrowly avoiding “The Cheese”. There is one misadventure after another, mostly due to Greg’s slight inability to think about anyone other than himself.

Full of humor, the reader (or, in my case, listener) will definitely laugh throughout the book. I’ve a feeling, though, that I missed out on the illustrations, so while I think that the audiobook version was decent, I am going to recommend picking up the book.
Posted by Ama