While I didn’t finish reading any books on vacation, I did finish two audiobooks while driving to and from Michigan. Both are considered children’s novels.

I, Coriander by Sally Gardner

Set in London during the mid-1600s, this is the story of Coriander, the only child of a well to do merchant. Her mother is considered to be the local expert on folk medicines. The family is a happy one. 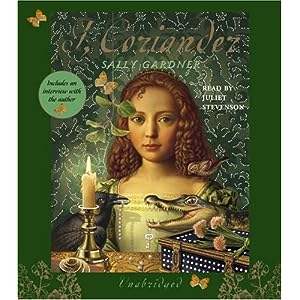 Trouble begins with the arrival of a mysterious package that contains a pair of silver shoes. Young Coriander greatly desires the shoes, even though her mother is very set against them. Thus begins a story of mystery and magic; of tragedy and treachery.

As Coriander grows, her loving family is torn apart. She learns about her mother’s mysterious past, and, in doing so, who she really is.

The second audiobook I finished is another of those stories that I thought I may have read as a child, only to realize I don’t recall it at all. Yet again, I wonder how no one put this book into my hand!

From the mixed-up files of Mrs. Basil E. Frankweiler by E.L. Konigsburg 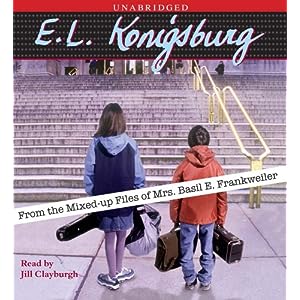 The oldest of four children and the only girl, Claudia decides to run away from home. She’s tired of not being appreciated by her family. She isn’t one to just pick up and go, however. First she needs a plan. Part of her plan is recruiting one of her younger brothers – Jamie – as he is known to be very thrifty with his money.

The two leave home and travel to New York City where they make themselves a home at the Metropolitan Museum of Art. They are not the only new residents of the museum. A statue of an angel – possibly a work of Michelangelo’s – was recently acquired and put on display. The children decide to solve the mystery of the statue’s creator, leading them to the home of one Mrs. Basil E. Frankweiler – the narrator of the story.