Two movies and a book...all on the same topic!

As I mentioned in my recent pseudo-post, this past weekend I finished reading the 1923 Newbery Honor book, The Golden Fleece, and the heroes who lived before Achilles by Padraic Colum.

As the title suggests, the book contains the stories of Jason and the Argonauts during and after their quest for the Golden Fleece. It also tells the tales of such well known Greek mythological people as Heracles, Perseus, Medea, Orpheus and others.

I’ll admit. I had a hard time with the writing at first. The flow and styles that I’ve become accustomed to reading differs greatly than what is found in this prose. Additionally, the book is dense. There’s a lot of text packed into those pages, making the book seem somewhat unwieldy at first glance. I have a hard time imagining today’s children – even teenagers – plowing through this book. But, as I continued through the book, I found that I wanted to keep reading to find out what great challenge would be attempted. In the end, I found that I really enjoyed the book, though perhaps not nearly as much as the much read and rather tattered copy of Mythology by Edith Hamilton that I owned as a child.

This weekend the hubby and I went to see a movie. The flick he chose was the updated version of Clash of the Titans. 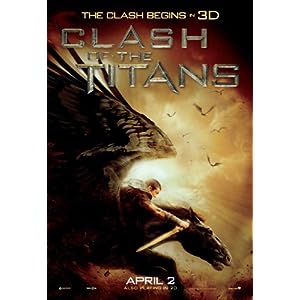 Now…had I not so recently finished reading the story of Perseus (or even the Percy Jackson series, which has some information about many of the Greek gods, goddesses and other characters), I may have enjoyed this movie more. Why? Because I wouldn’t have realized just how much of the story was changed by Hollywood. (An example – Perseus’ mother in this version was the wife of the king of Argos. In every other version I’ve read or seen, she was the daughter)

The special effects were great – which is to be expected anymore. There were several big named actors in the film, and, also as expected, they did a decent job at their parts.


When we came home, the hubby wanted to watch the original Clash of the Titans. This movie came out in 1981. Oy! It is noticeable! I think it must have had a very low budget as well. Maybe the 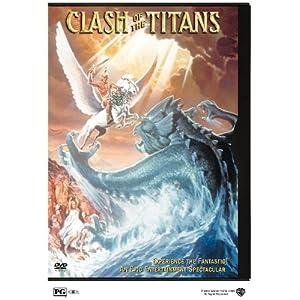 writers were also on strike? Who knows. There were some great actors in this film as well, but they were not giving their bests. I’m not sure, but I think the Kraken was really the Swamp Thing. Really. It was that bad.

But…at least it stuck more closely to the original story. In that regard, I almost like the 1981 version better.
Posted by Ama