Every Child Ready to Read 2 (ECRR2) is an early literacy guideline/parent education initiative developed by the Public Library Association (PLA) and Association for Library Service to Children (ALSC) - divisions of the American Library Association.  It was originally released in 2004 and revised a few years later (hence the 2). There are five skills emphasized in ECRR2: Play, Sing, Write, Talk, Read.

This is the third in a series of posts about ECRR2, focusing on the five practices.

The Importance of Talk in Early Literacy Skills

If you ask most parents if they talk to their children, they will likely tell you that they do.  The question really is – HOW do they talk to their children?  Children learn so much through listening to your conversations and joining in.  Talking with instead of at a child not only boosters their sense of self-worth, but also teaching her how to hold a conversation and increases her vocabulary. Some of the other ways children learn new information, new vocabulary and other early literacy skills are thinking out loud, telling stories, and stretching conversations. 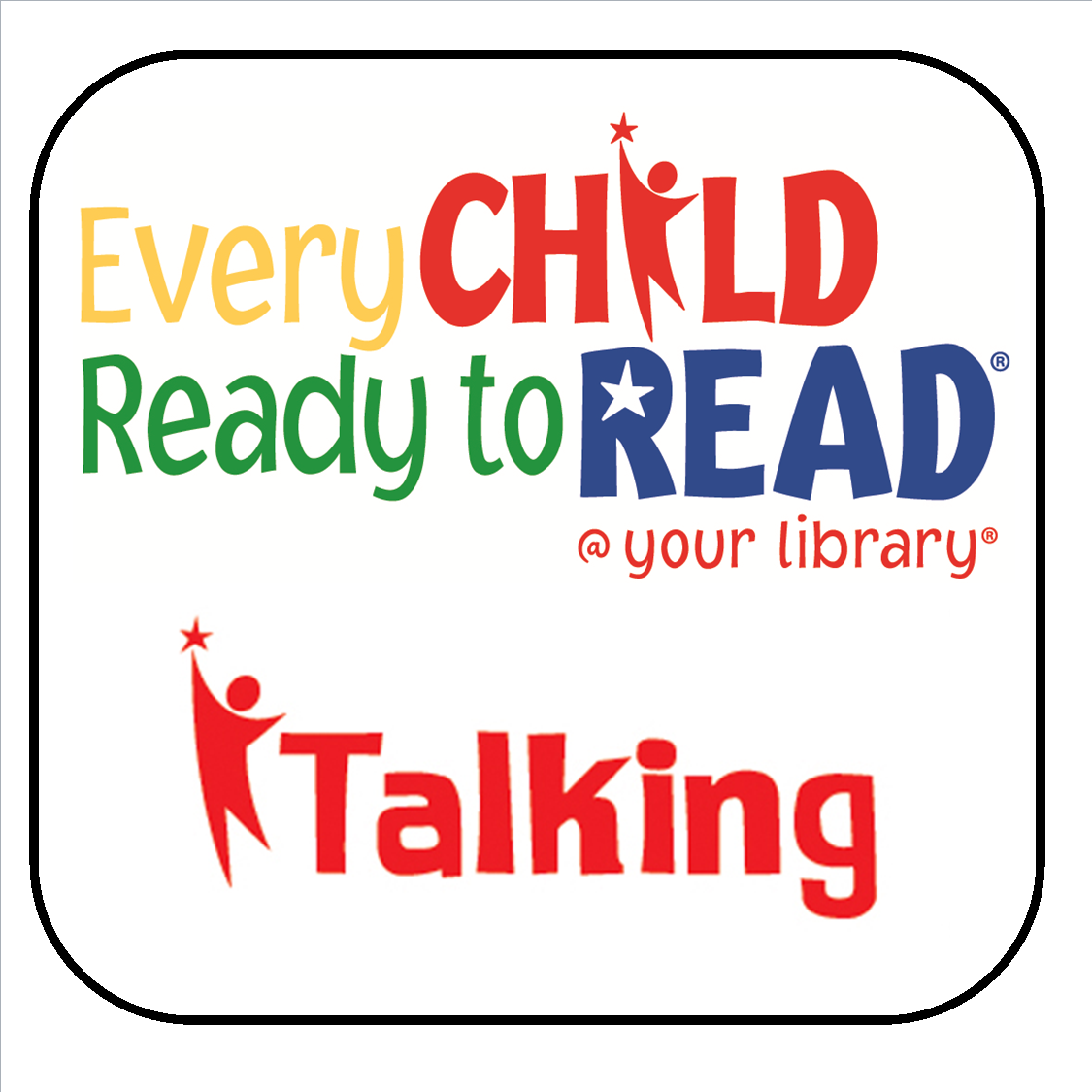 You may think your child is babbling nonsense, but in his mind he may be telling you an elaborate tale. Encourage him by asking open ended questions, such as “And then what happened next?” and giving him time to continue his story.  By adding detail to your conversations, sprinkling in some unfamiliar (or big) words, and making sure to give your child sufficient time to construct a response, you are helping your child expand his vocabulary and conversational skills. By being able to tell or retell a story, children become able to understand what they read.

One way to ensure you are giving your young child enough time to formulate her response to questions is to slowly – and silently – count to ten after asking them.  Young children take longer to process questions and decide upon their answers than older children and adults.

Think your child is too little to really talk to?  While our youngest children aren’t able to speak, they are still soaking in the world around them.  Narrate what you are doing, even mundane activities such as getting baby dressed or brushing your hair.  Using “baby talk” at times is fine, but don’t do it so much that you stop using “real” language around your child!

Engaging your young child in a conversation can be fun for both of you.  It not only helps develop literacy skills, but it also helps to strengthen your bond.